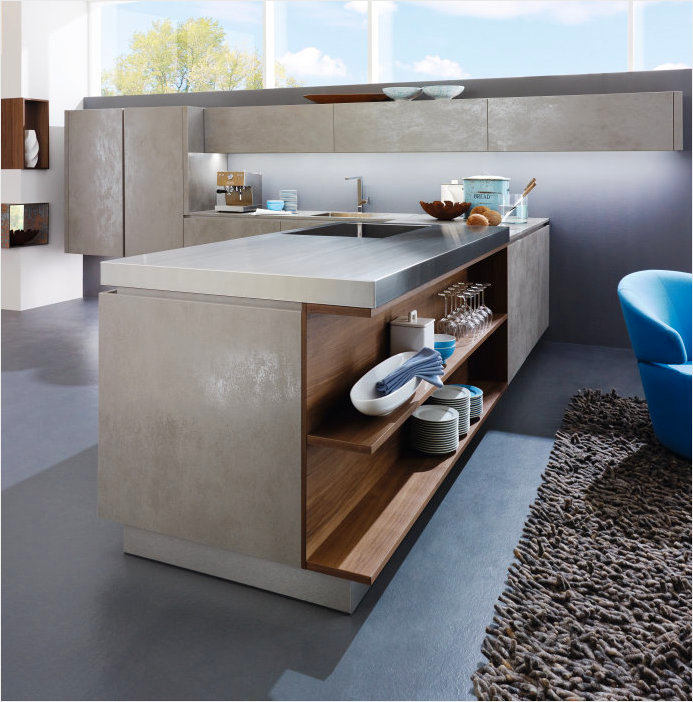 Often when designing kitchen use onlyCabinets, occasionally - columns. And then they look for a place for the shelves. But you can immediately order a kitchen with shelves and niches. Today we will show how the kitchen can become more comfortable with them and you will be surprised. We saw a huge number of kitchen projects and learned the opinion of many housewives. Almost everyone in the kitchen is catastrophically short of storage space. And as a rule, not enough boxes and pedestals, but only shelves or convenient niches. And the crux of the whole problem boils down to the fact that these very regiments and niches were not provided in advance for the purchase of the kitchen. It seemed that later it would be possible to buy, put, do. And then it turns out to be much more inconvenient than before. However, not everything is lost. You're going to do some repairs in the kitchen, are not you? Or change it entirely? In today's article, we decided to show you what the kitchen is capable of, if its design immediately indicated that there should be open shelves and a variety of niches. For examples, we turned to one of Europe's largest producers of kitchens - the concern Alno. To date, there are four Alno factories in the world, and the furniture of this company is sold in 64 countries. Since 1927, and then this company was formed, it was probably not a year that Alno was not awarded various prizes: for design, for achievements, for production ... In 2015, one of the first awards was the title "German Superbrand 2014/2015 ". It is worth noting that most of the solutions shown for the kitchen to some extent there are other manufacturers, and these trends in the arrangement of the kitchen as a cozy and comfortable space support many kitchen factories. So, let's begin. Daily used utensils, as well as spices and oils are more conveniently stored in open access. Therefore it is quite reasonable to make part of the suspended elements closed and part of them to be open. Built-in racks with open shelves can beSet both in the middle of the composition (as here, in the center of the white kitchen), and from the ends of the kitchen, to further integrate the kitchen into the living space. Note: The kitchen here is a stand-alone piece of furniture. It is not attached to the wall. And the back walls of cabinets are not only finished with veneer, they still have three-dimensional colored niches for all sorts of things. This design makes the kitchen more residential, more cozy. And of course, it allows you to place it anywhere in the house (if only there were communications). 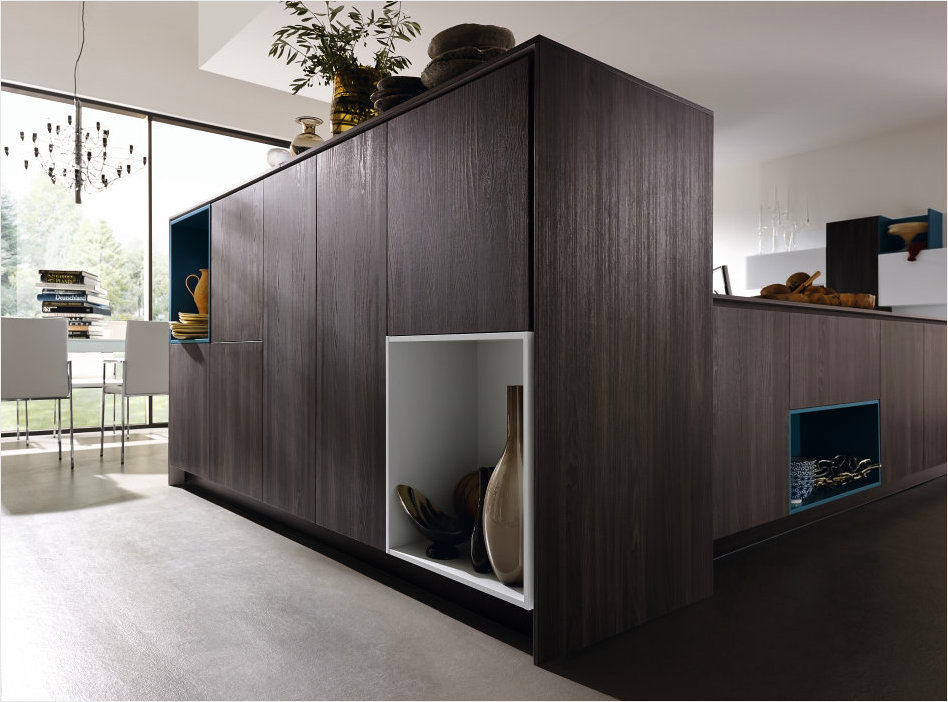 Suddenly see the niches in the kitchen island? Yes! And this makes him more alive and lively. And of course, we can not but draw your attention to the small, contrasting colors of the niche in the kitchen composition. And the shelves here are also good. Curiously designed kitchen: On the left low cabinets, where the oven is built. On the right - L-shaped island with a stove, sink and work area. And the usual kitchen from floor to ceiling simply is not present. The island, by the way, has shelves along the back wall. So it does not look too massive. But the most important thing in this composition is the wall in the living room area. If you take a closer look closely to it, you will realize that it is collected from the kitchen elements. Thus, both in style and color, the kitchen and the living room are perfectly matched with each other. 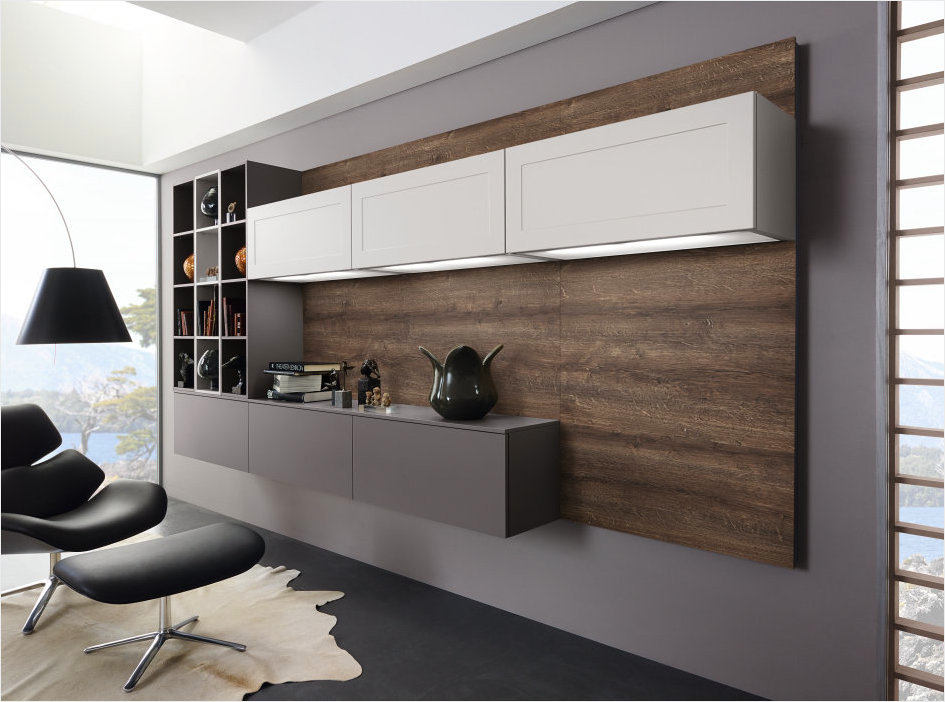 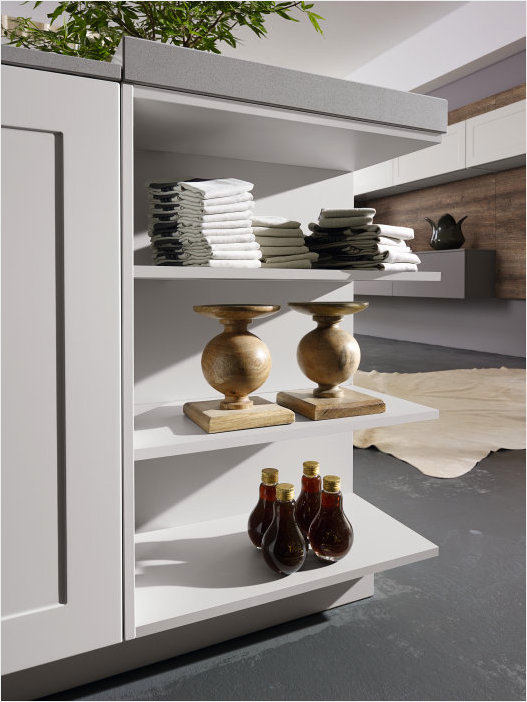 If you use a kitchen island not only for cooking, but also as a zoning element, it makes sense to choose one where there are comfortable open shelves on the living room side.

In general, when choosing a kitchen, it is better not to regret your time and choose the furniture of the factory, which will have the most convenient elements. After all, convenience in the kitchen is the main thing.

How to make a house more convenient: 25 design hacks

How in four hours to make the entranceway more convenient: 10 tips - etk-fashion.com

How to use lighting to make the bedroom modern and stylish: 14 examples - etk-fashion.com

Alberto Minotti on how to make the design morally ageless - etk-fashion.com

The most important advice for those who equip the kitchen is etk-fashion.com 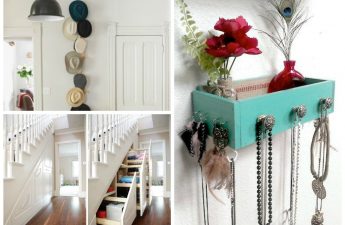 Shoes on the walls and stairs instead of the bookshelf? Learn more about storage systems! Where to put everything: 15 ideas of storage for small apartments - etk-fashion.com