Think delicate colors in interiors are appropriateonly for exalted persons? A family with two children lives in the apartment that you will see today. However, this did not stop them from realizing their interior dreams. We are sure that you will also be inspired. To begin with, we will say that the project was ordered by a young couple with children of six and nine years old. The spouse works in the theater, and the spouse is a civil servant. They wanted the apartment to be correctly zoned for the bedroom and study, as well as to increase the original area of ​​the nursery. Designer Natalia Kartasheva took on the project. Natalia Kartasheva Natalia Kartasheva graduated from the School of Architecture and Design, as well as refresher courses. She attended master classes at the International School of Design. From 2006 to the present day Natalia has been working in the field of interior design. She works in a team of professionals from the Puzzle design studio. dspuzzle.com The designer immediately decided to remove the partition between the kitchen and the bedroom and create a separate small sleeping area and a kitchen-living room area. 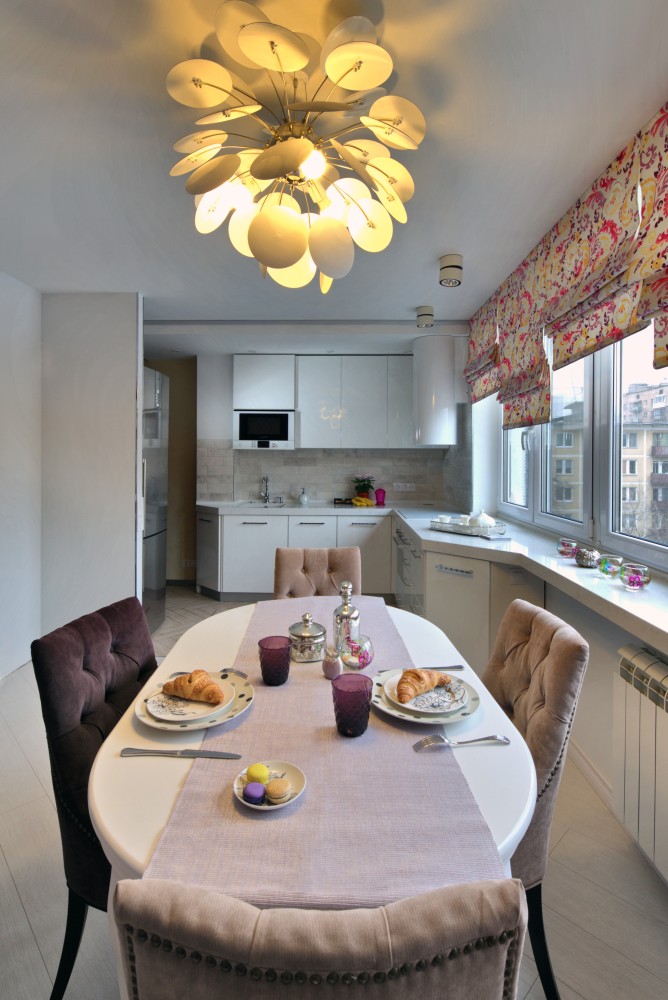 In the nursery, a balcony was insulated and twospace for children. It was also decided to make sliding French windows to the floor, so that the room had more light. The authorship of the painting with dogs belongs to the American artist Daniel Patrick Kessler, who is known for his works on the graphics of the White House and the flag of the state of Texas. 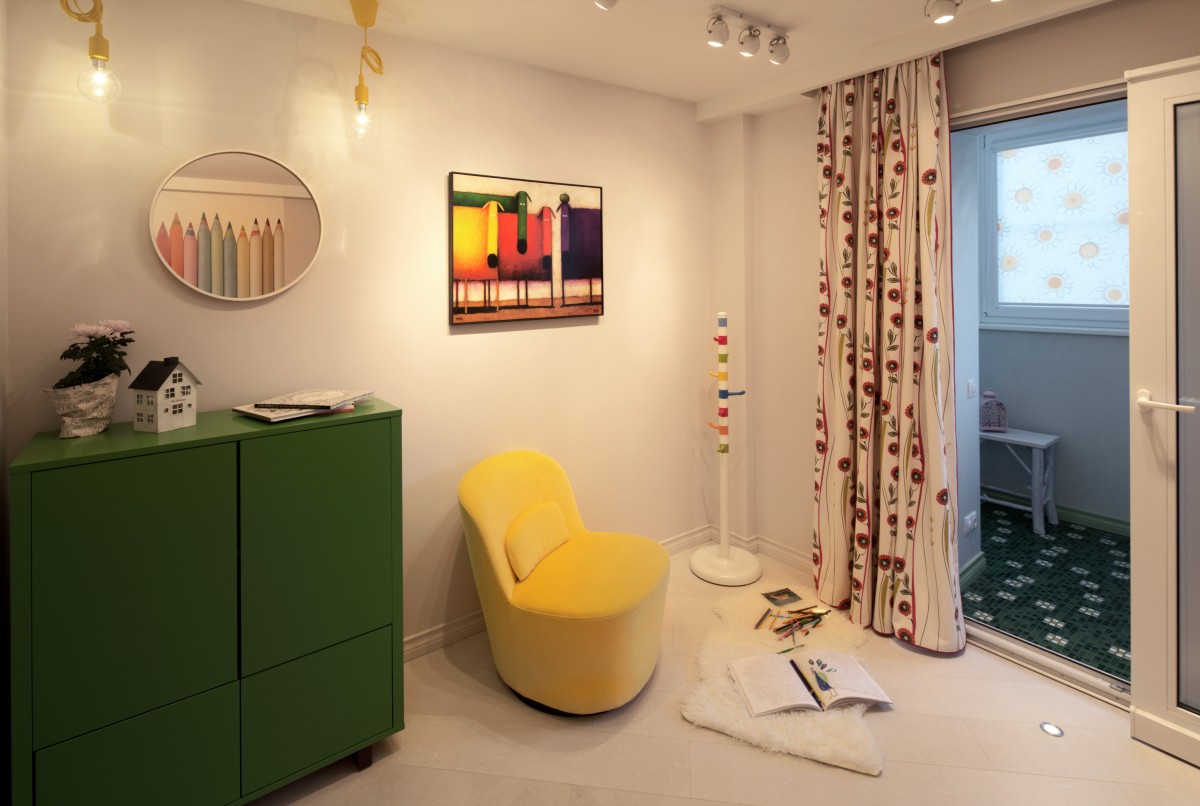 In the living room, the main scenario of lighting isLED backlight, hidden in the matte profiles. Above the desk there is an accent lighting - a chandelier, the lighting of which is regulated with a dimmer. Chairs, armchairs and chest of drawers were chosen by Gardadecor. 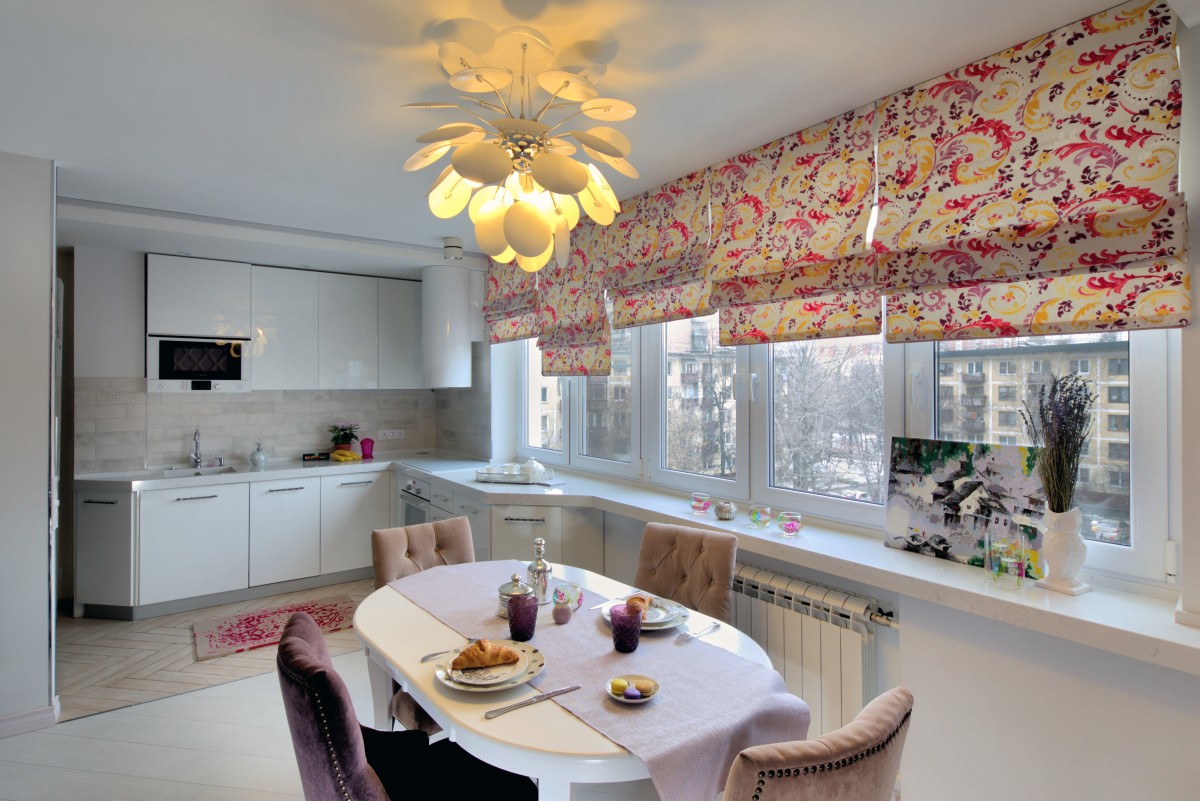 In the nursery and bedroom for general lightingUse rotary spotlights that give very soft diffuse daylight. Also in the nursery several scenarios of illumination are thought through: the night illumination in the floor near the balcony, so that the girls would not be afraid to get up at night; sconce - near the beds for reading; LED RGB lighting, which can be used as color therapy, changing shades depending on the mood. 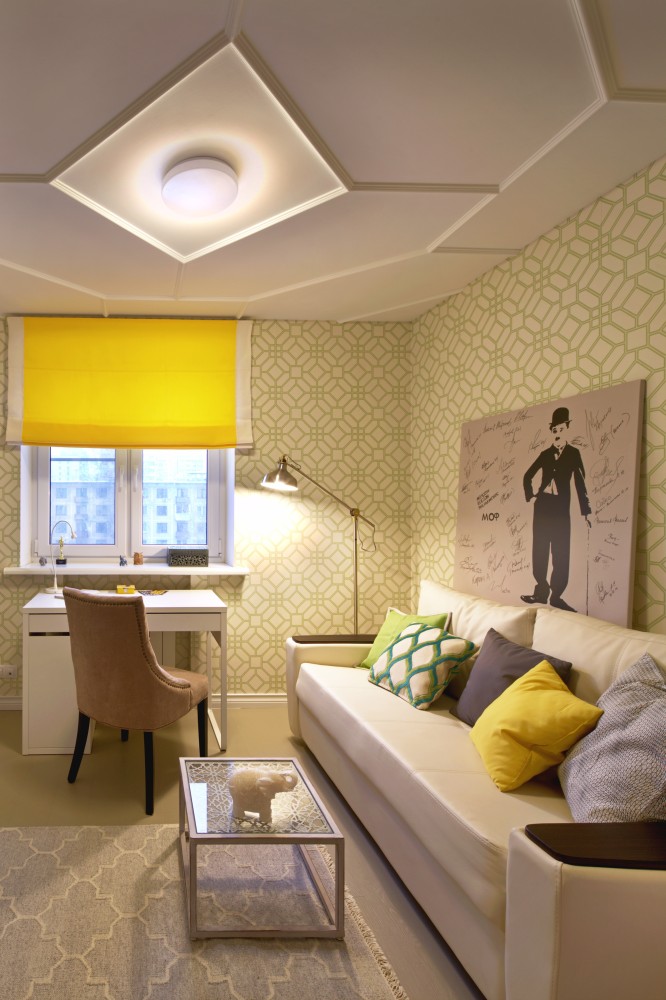 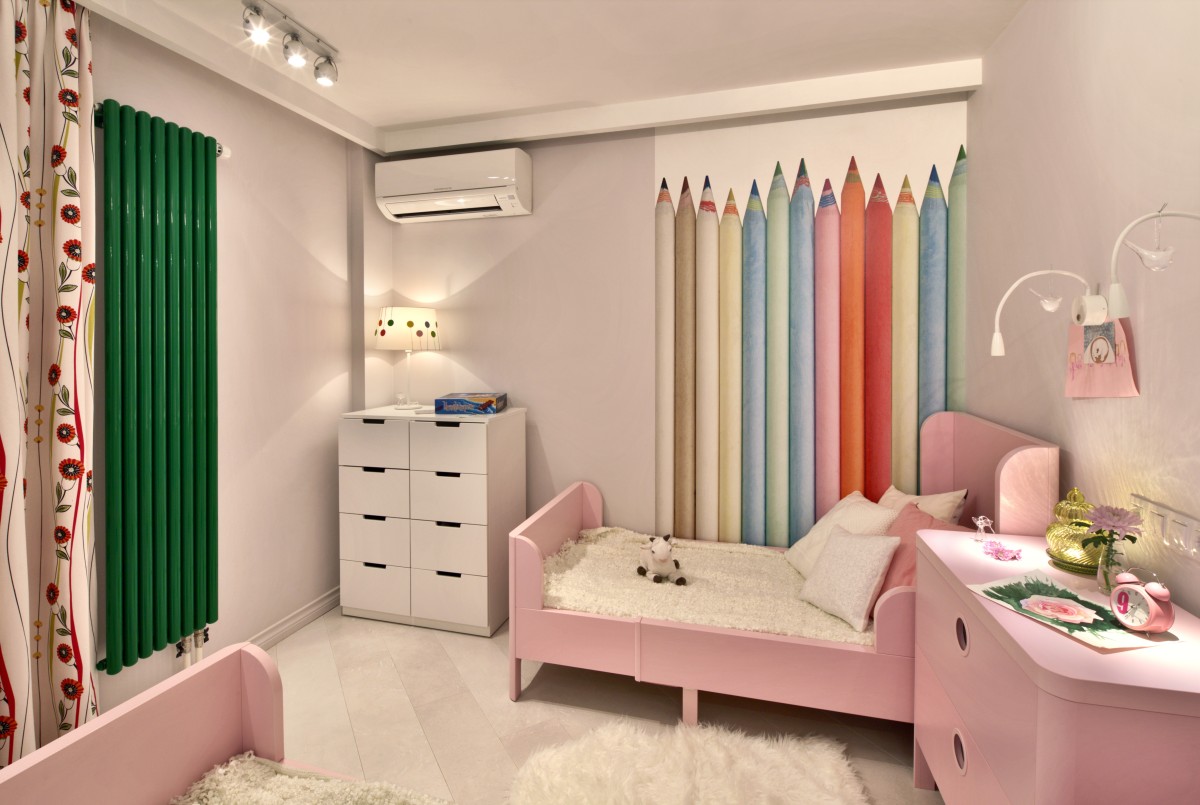 In the study on the window - a Roman curtain, and on the couch -cushions mustard color for giving warmth and comfort. The Indian carpet Surya (Cactus Gallery) is made of natural wool on the floor. Book shelves have been made to order. An important detail: the presence of a bed for guests was thought out. The wallpaper in the office was decided to use with strict geometric ornamentation, produced by the British Cole & Son factory. 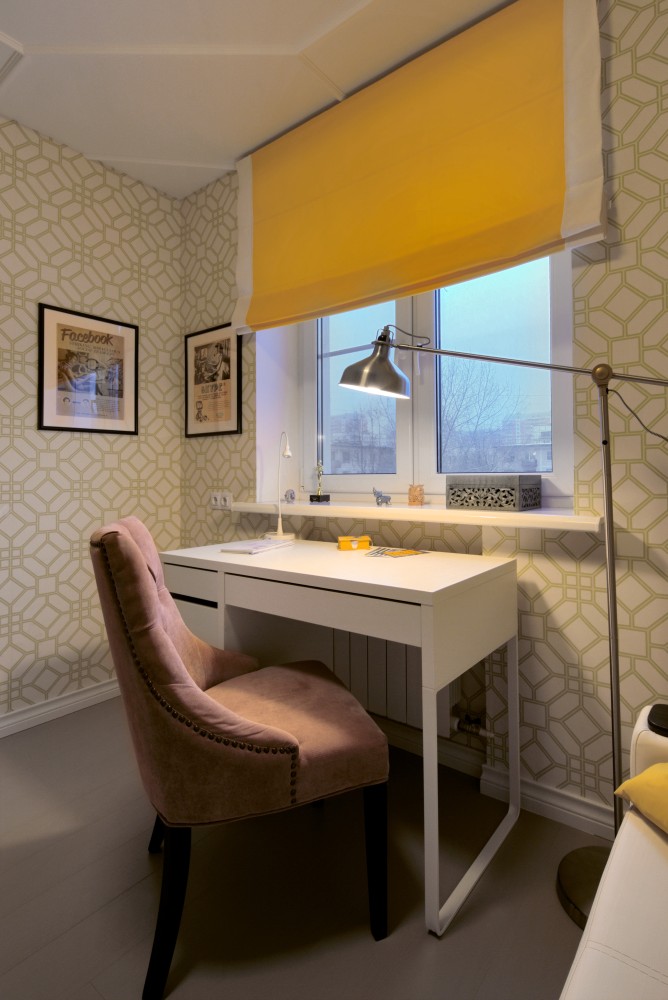 Since the customers wanted a big bath, and the doorway did not give the opportunity to put a classic rectangular, it was decided to "sacrifice" a large washbasin in favor of the bath. 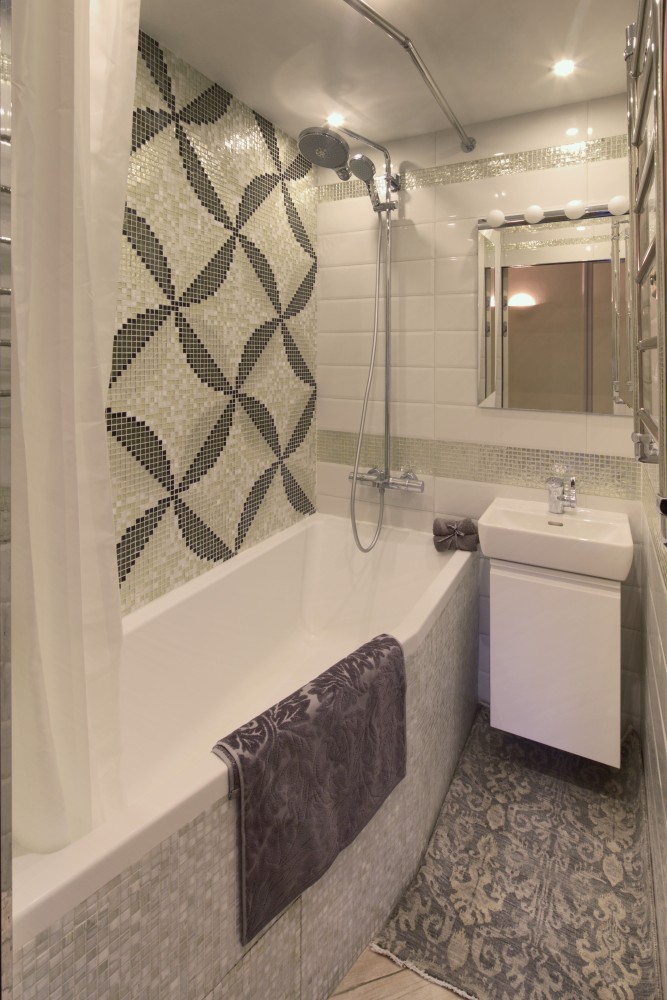 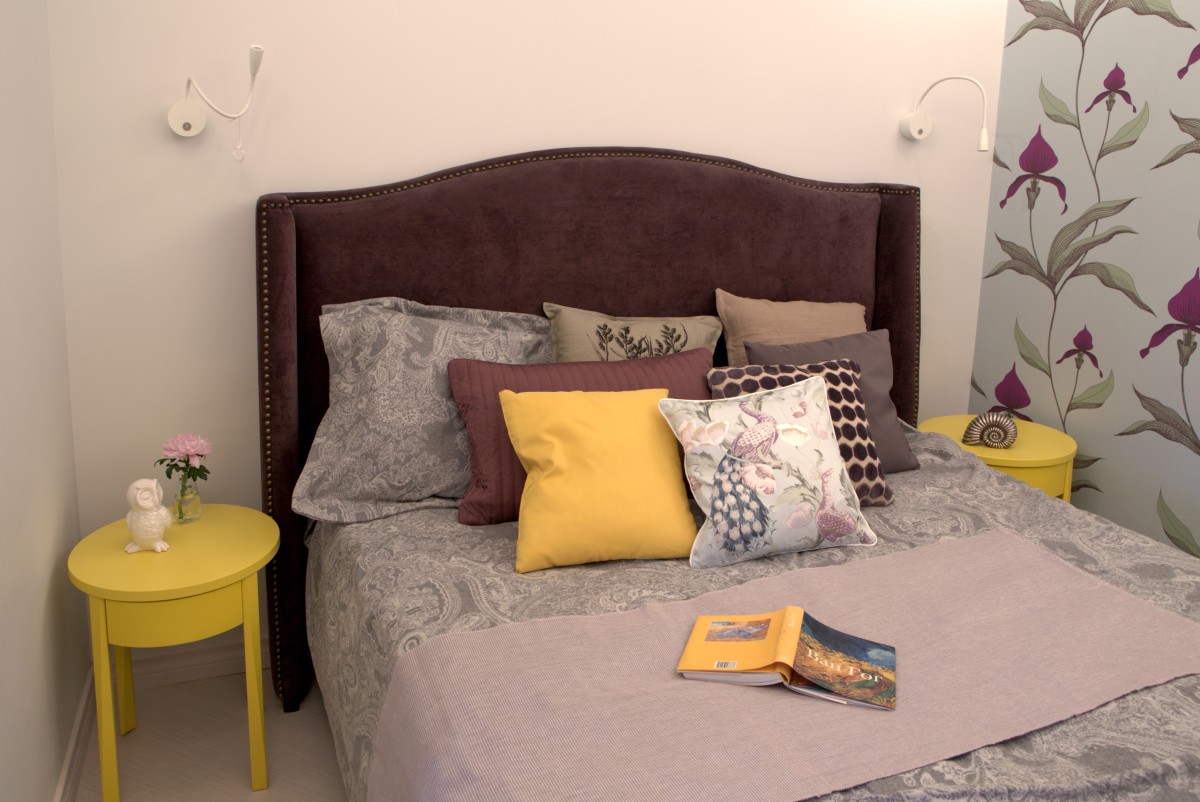 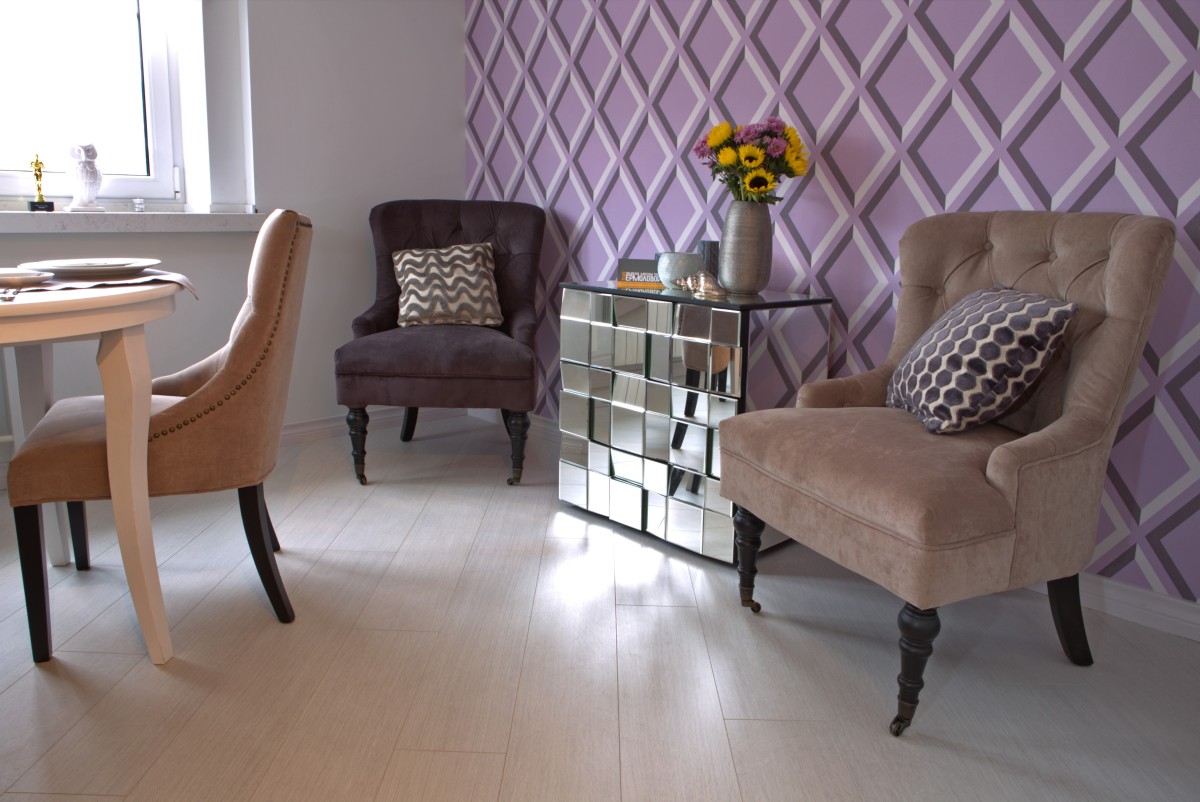 In the bathrooms there are invisible doors, painted in the tone of the walls with decorative plaster, with stunning bird handles (Colombo design). 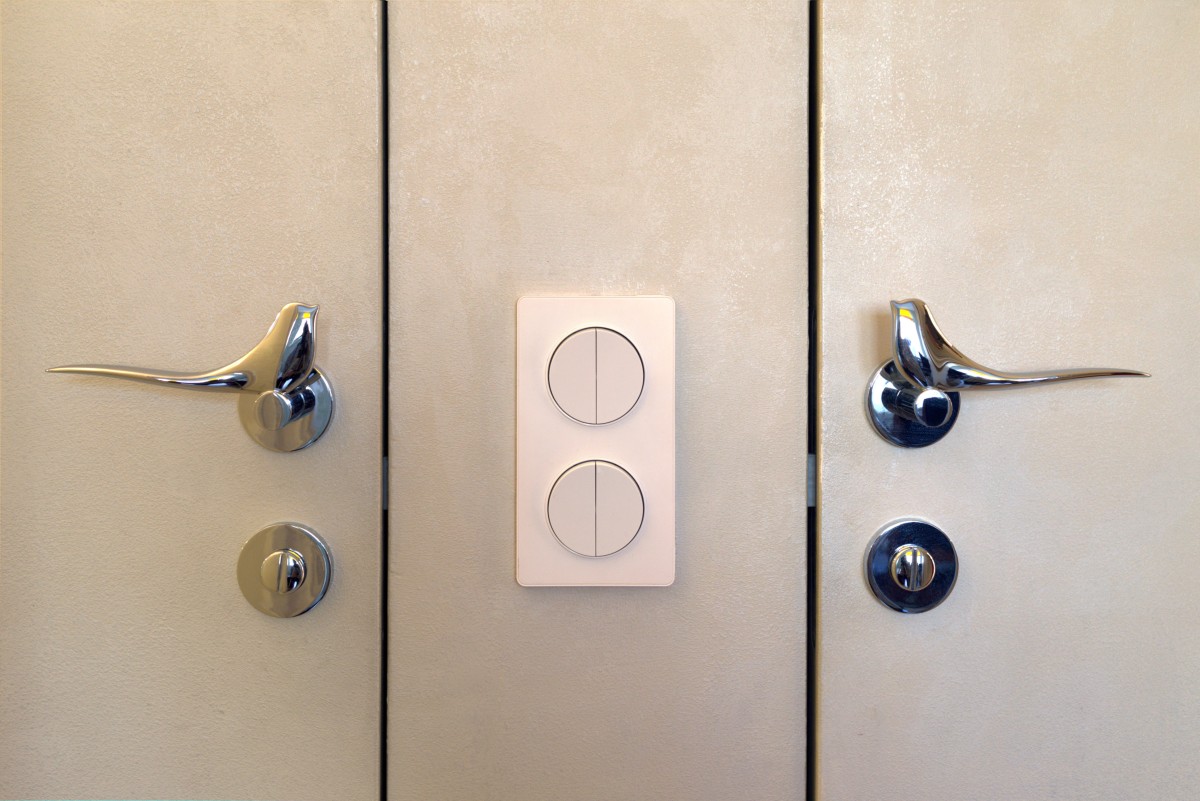 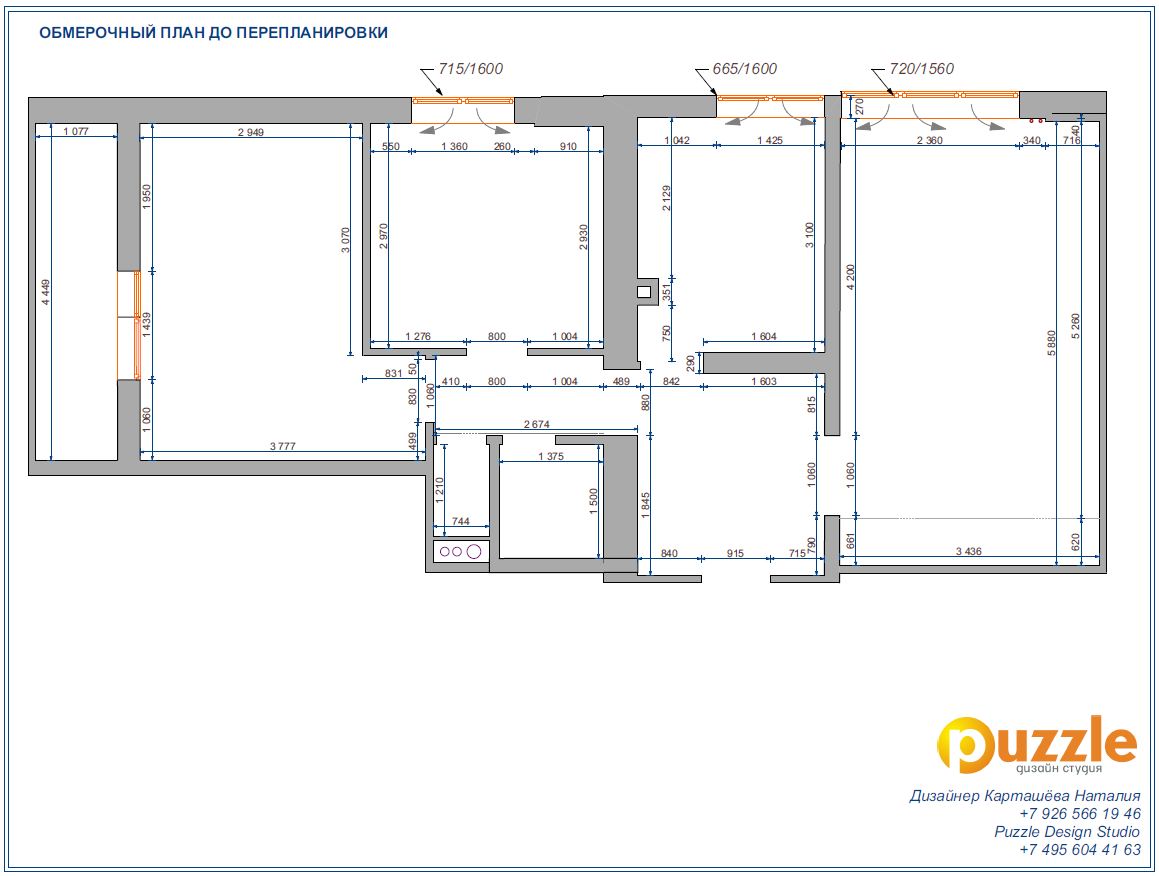 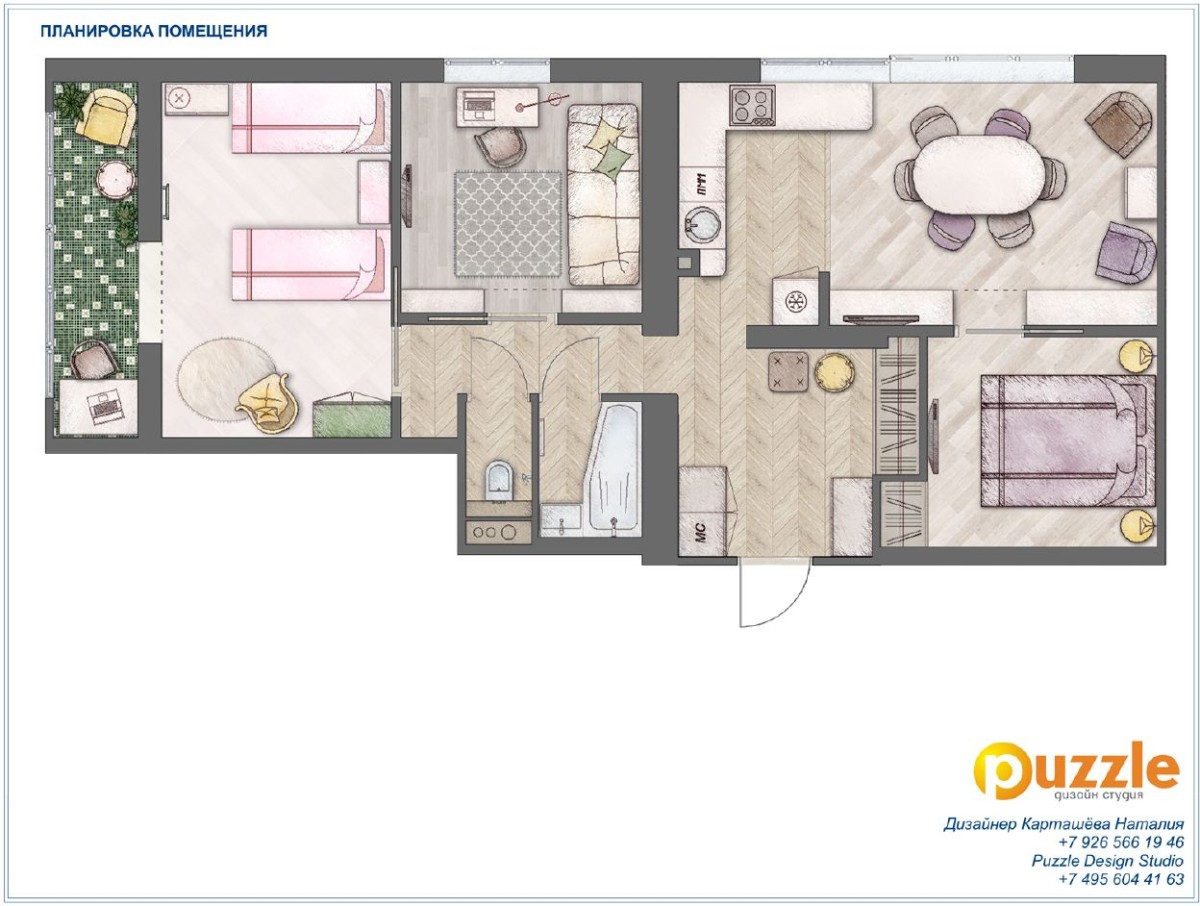 The repair budget is about 4,000,000 rubles (including construction work). * All photos belong to the hand of Mikhail Pochuev.