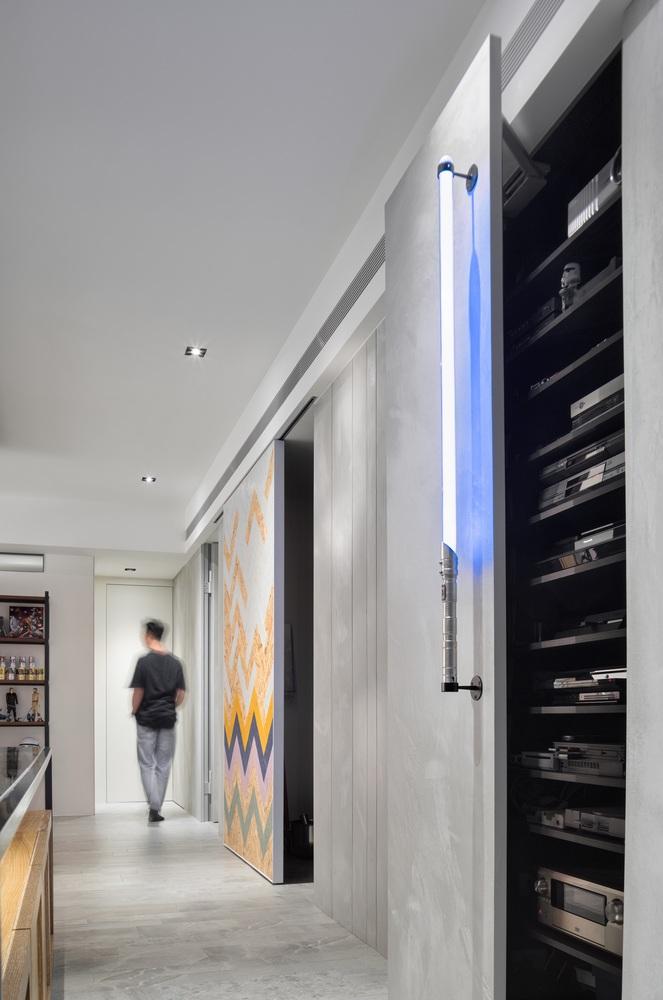 In interiors in the style of movie epic, according to yourOpinion, only teenagers can live? This apartment breaks stereotypes, showing a truly steep interior in the style of "Star Wars", in which a seemingly perfectly sensible family resides

Not all adults who have time to acquireOwn children, finally and irrevocably grown. There are also fortunate people, who have not lost their children's enthusiasm, quite often these people also have a fair amount of courage, which makes it possible to declare their status publicly. 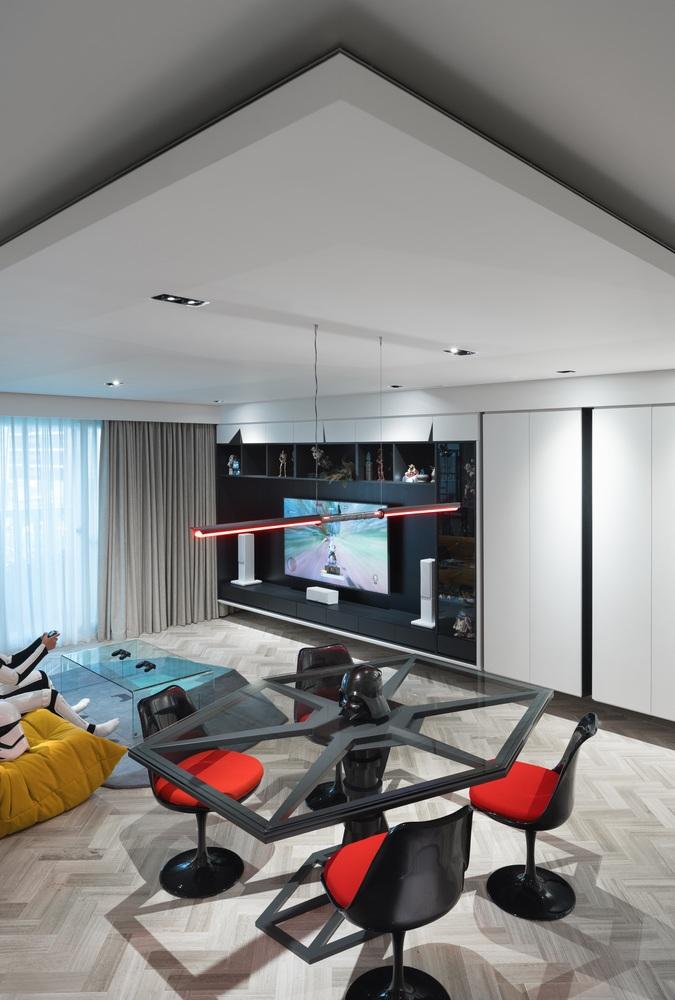 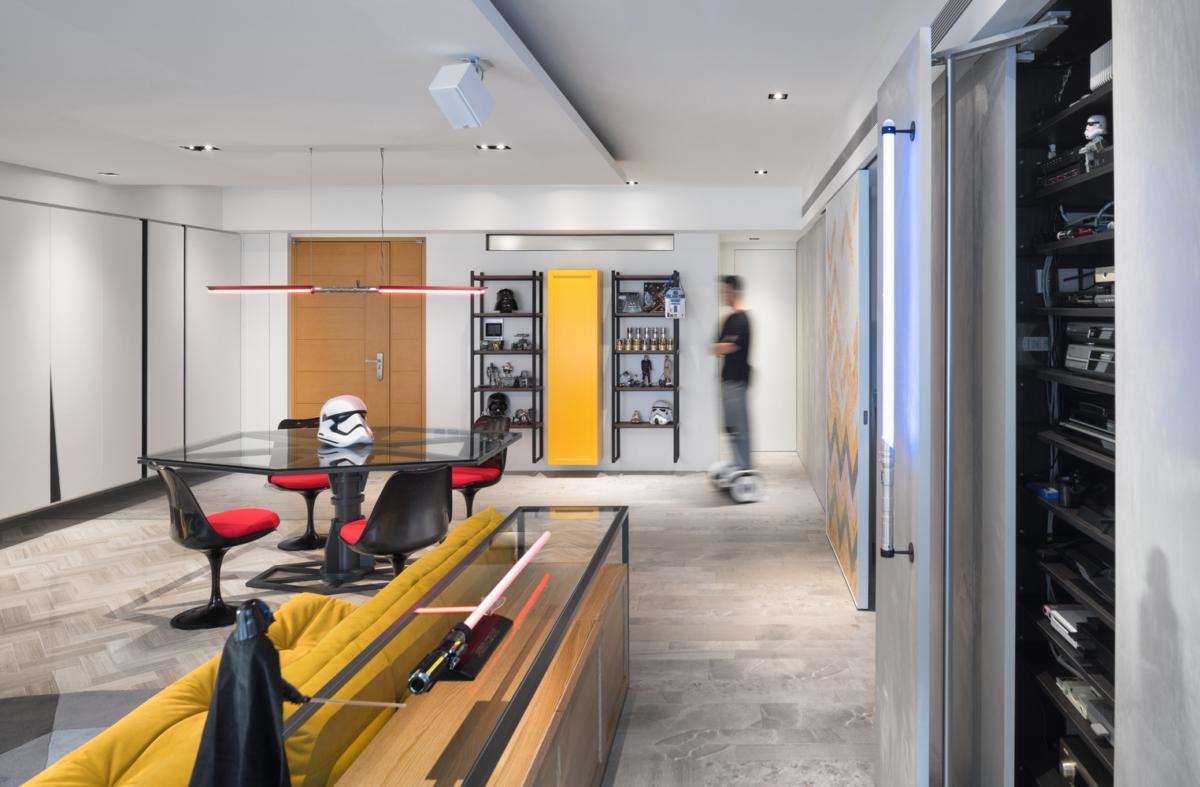 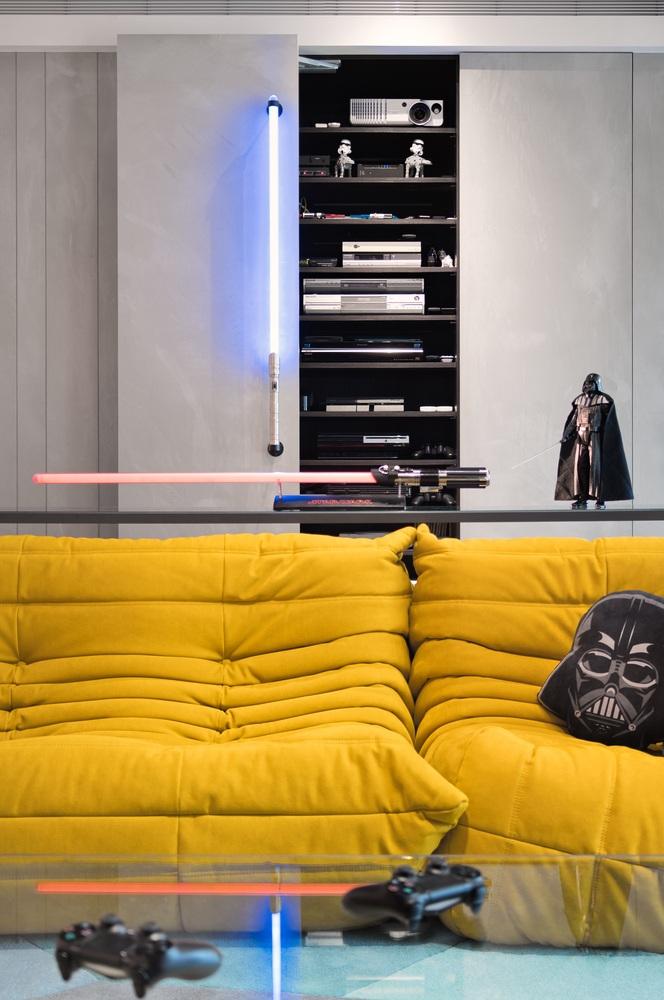 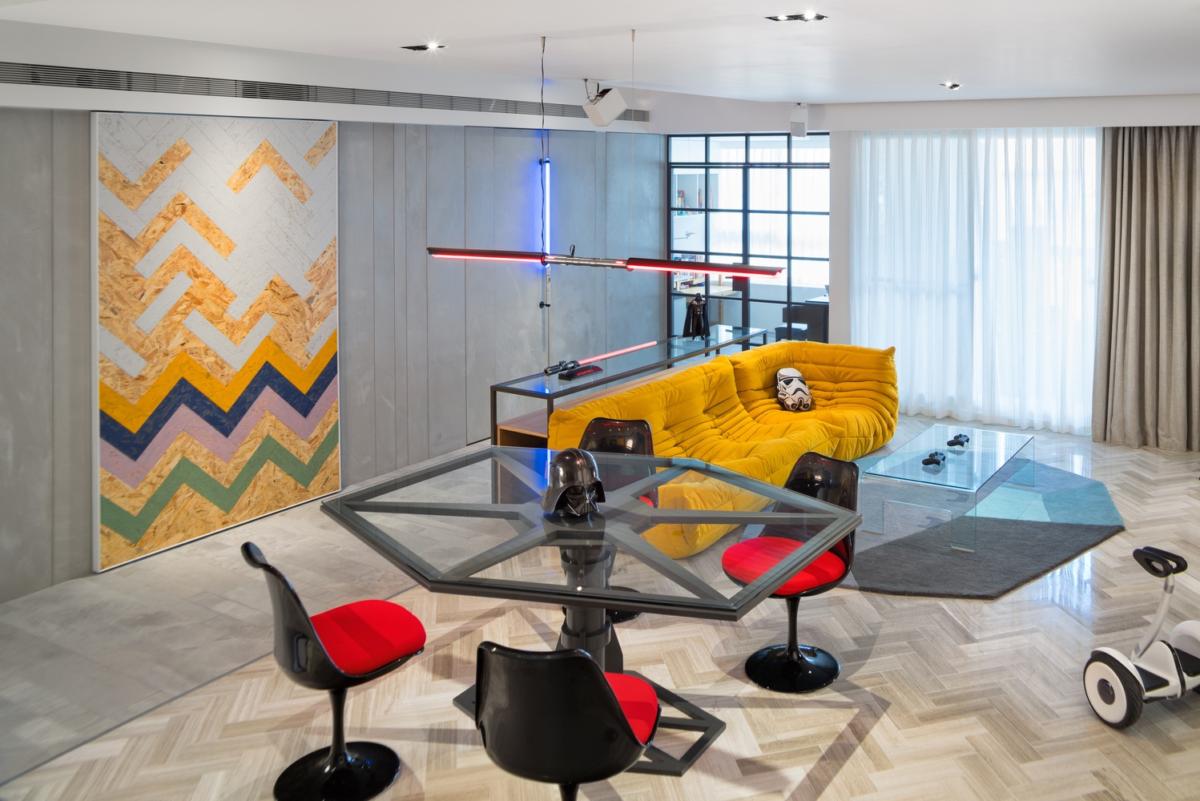 The hosts of this interior are the bright representatives of the "eternal summer" clan, who turned the apartment into the lair of a humane and cheerful version of Darth Vader. 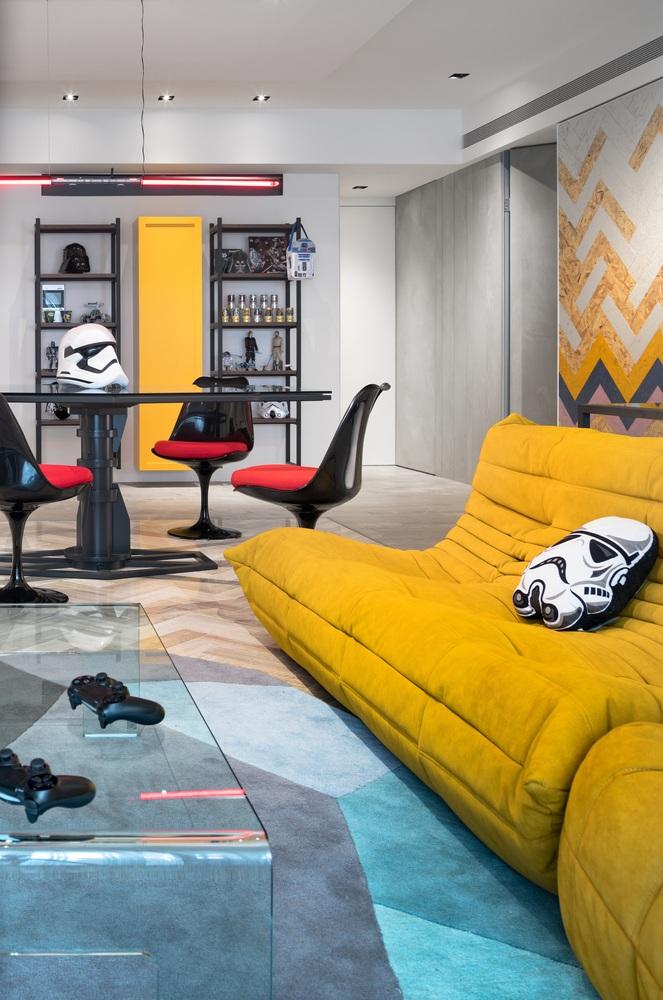 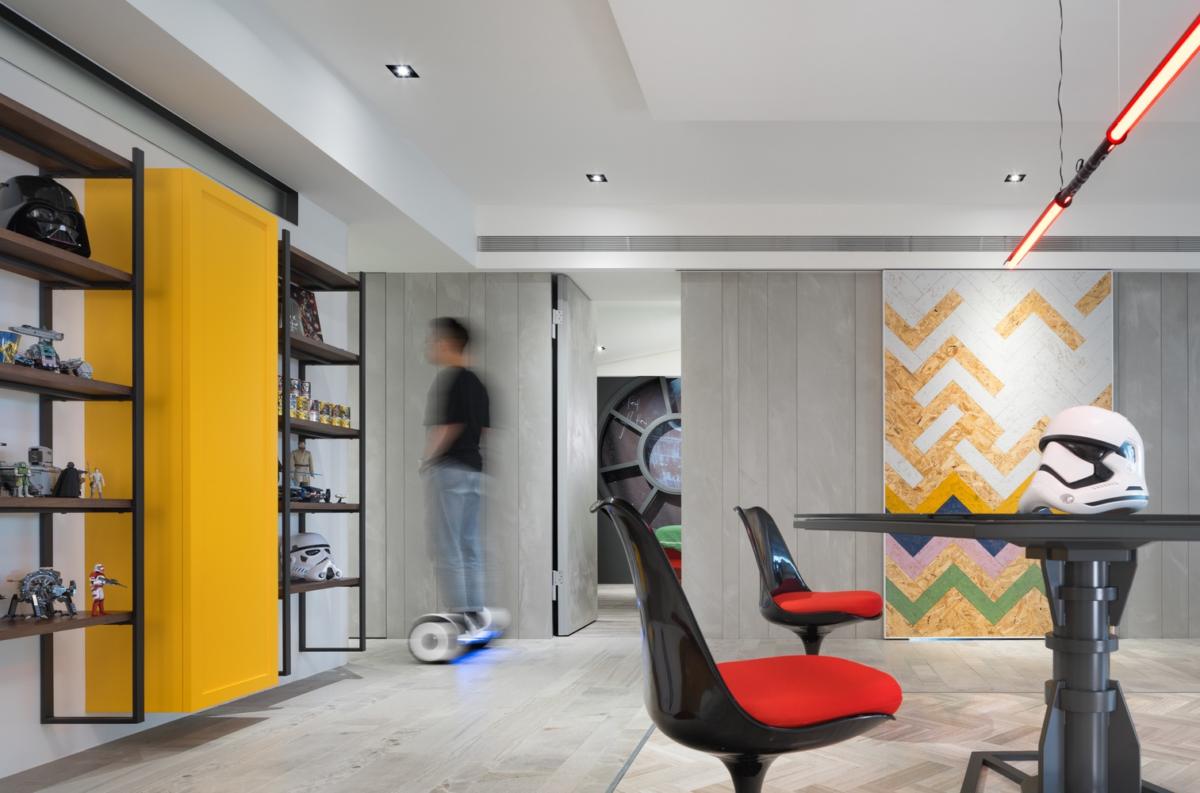 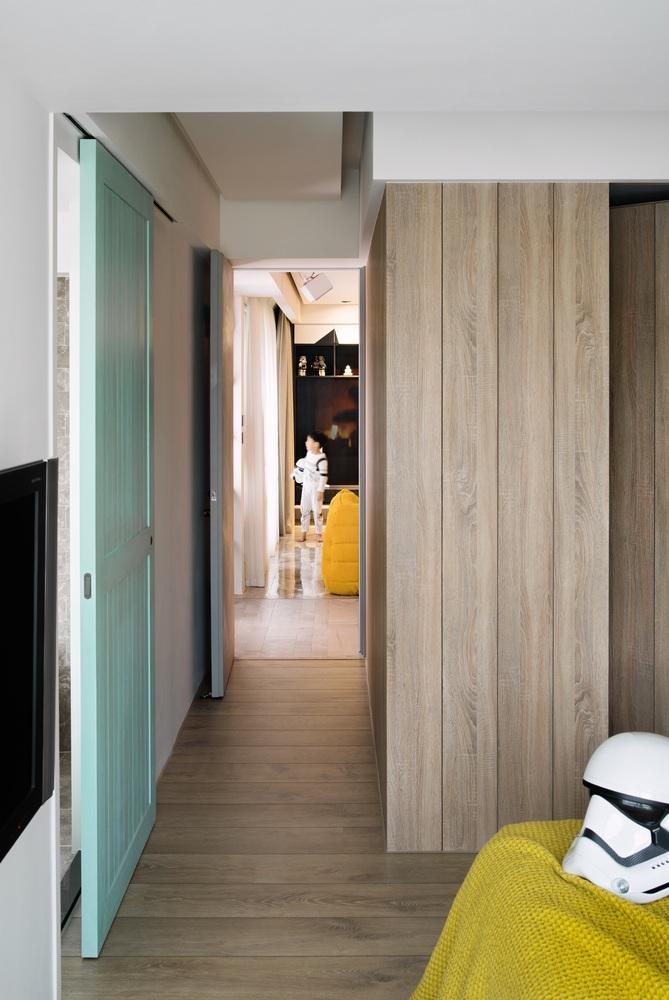 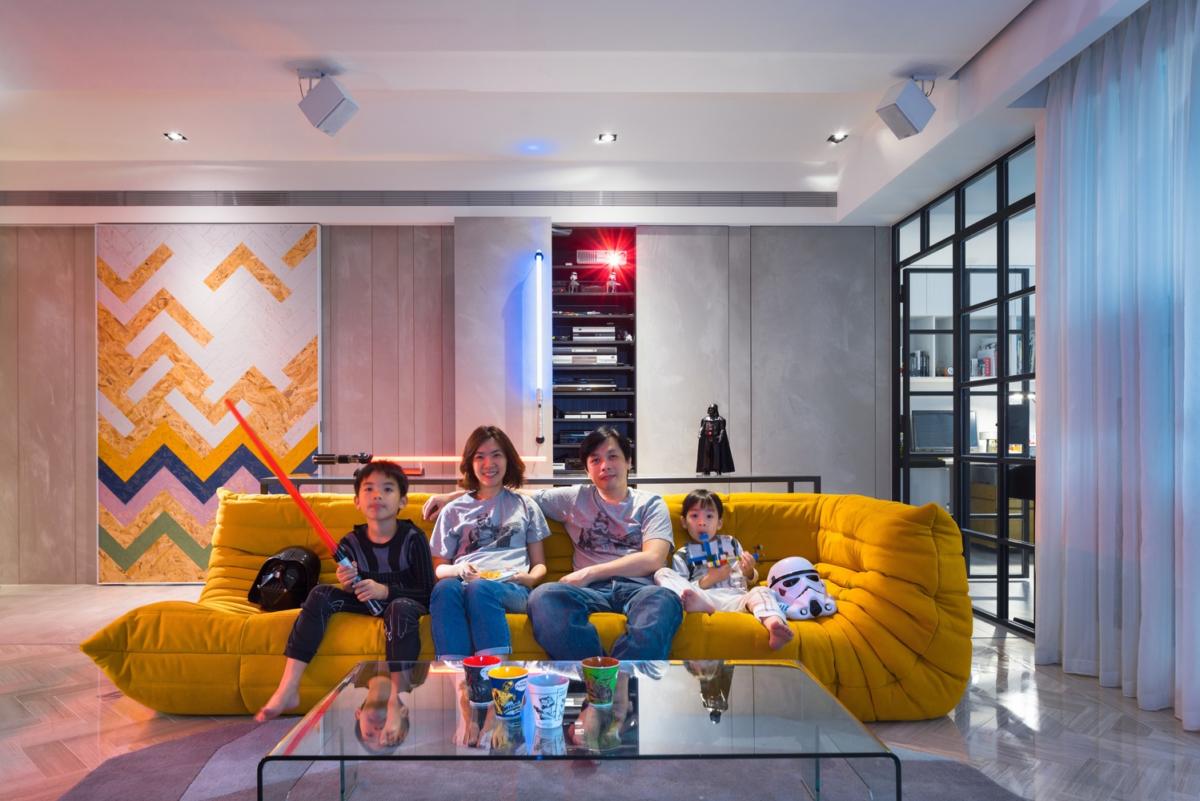 Parallels with the universe of the "Star Wars" hereCan be traced quite brightly, albeit unobtrusively. The black and red dining area, similar to the conference hall of the darkest of lords, lightsabers, whose function has been significantly expanded - they shine here and decorate, and the doors open, as well as a huge number of figures, helmets and decorations with characteristic symbols - all this splendor guarantees interesting, true, rather one-sided conversations with guests. 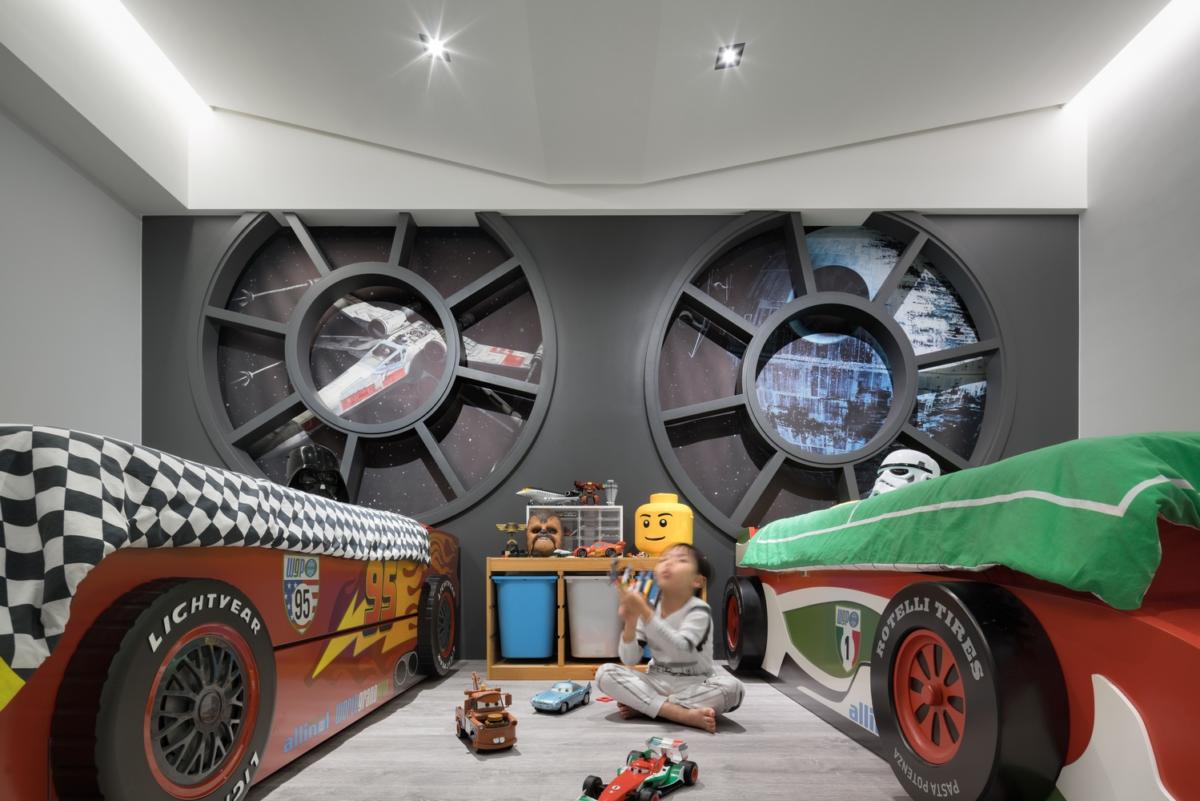 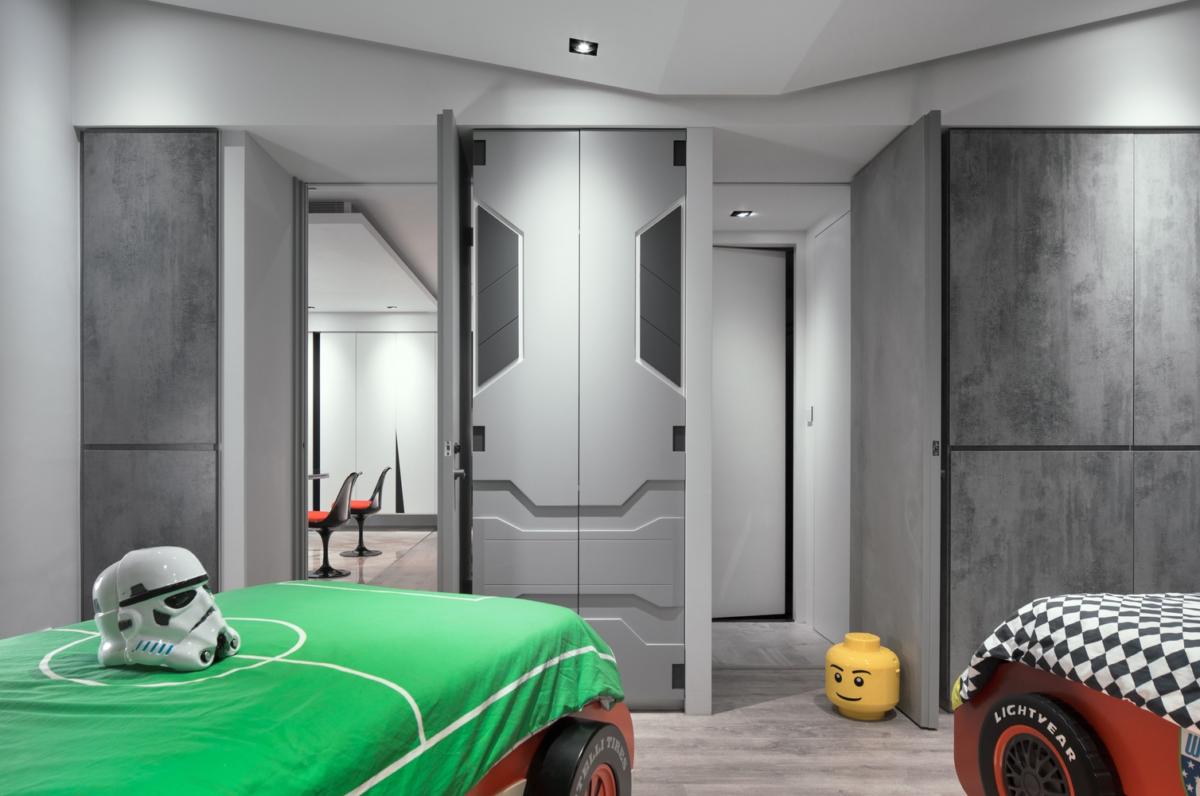 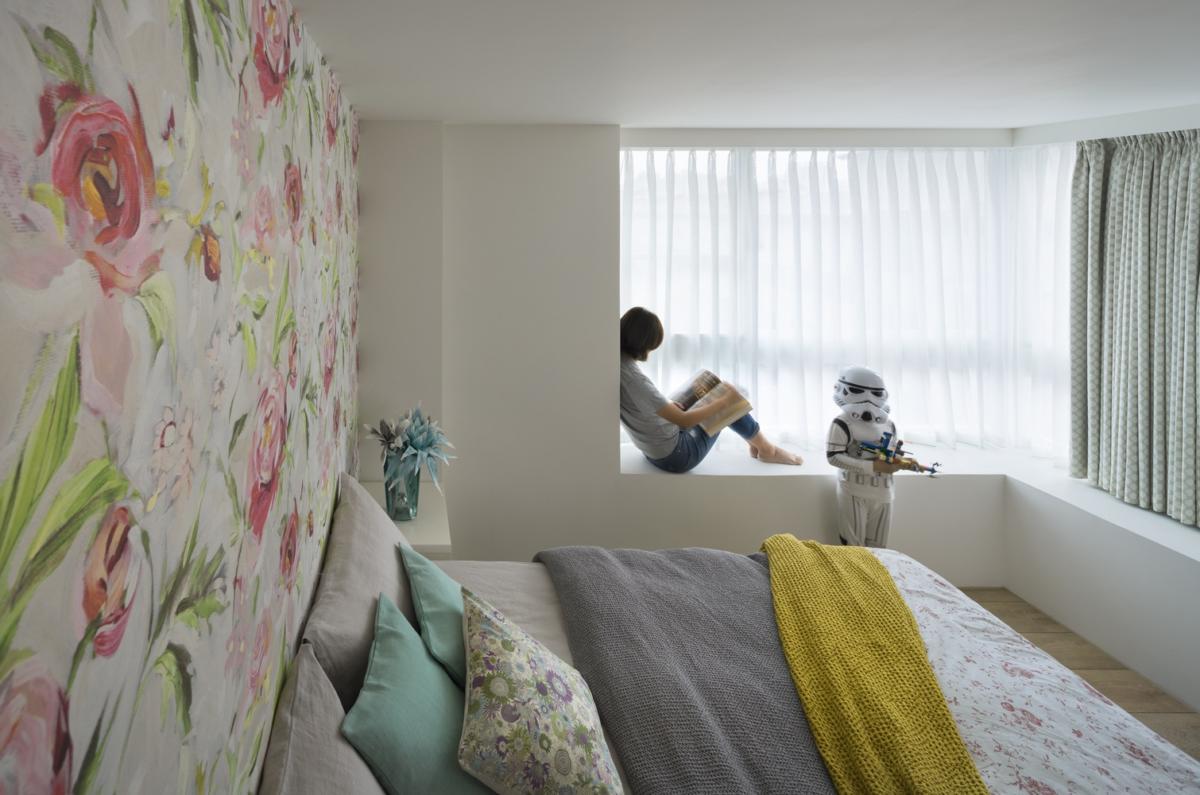 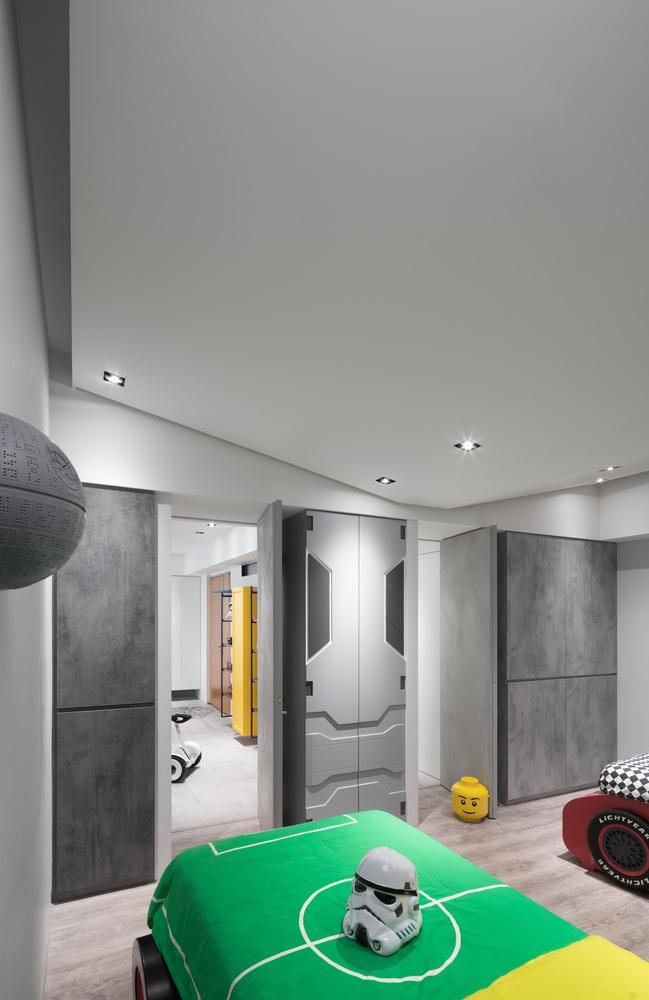 Of course, in the children's designers decided to pressonce all the buttons, but they restrained and brought all the ideas in a logical and quite spectacular. The portholes with a view of X-Wing star and star of death, super-high-speed beds and smart doors to the wardrobe - that's the whole secret of the room where an adult and a serious person with pleasure always lived, inside of which there is always strength. 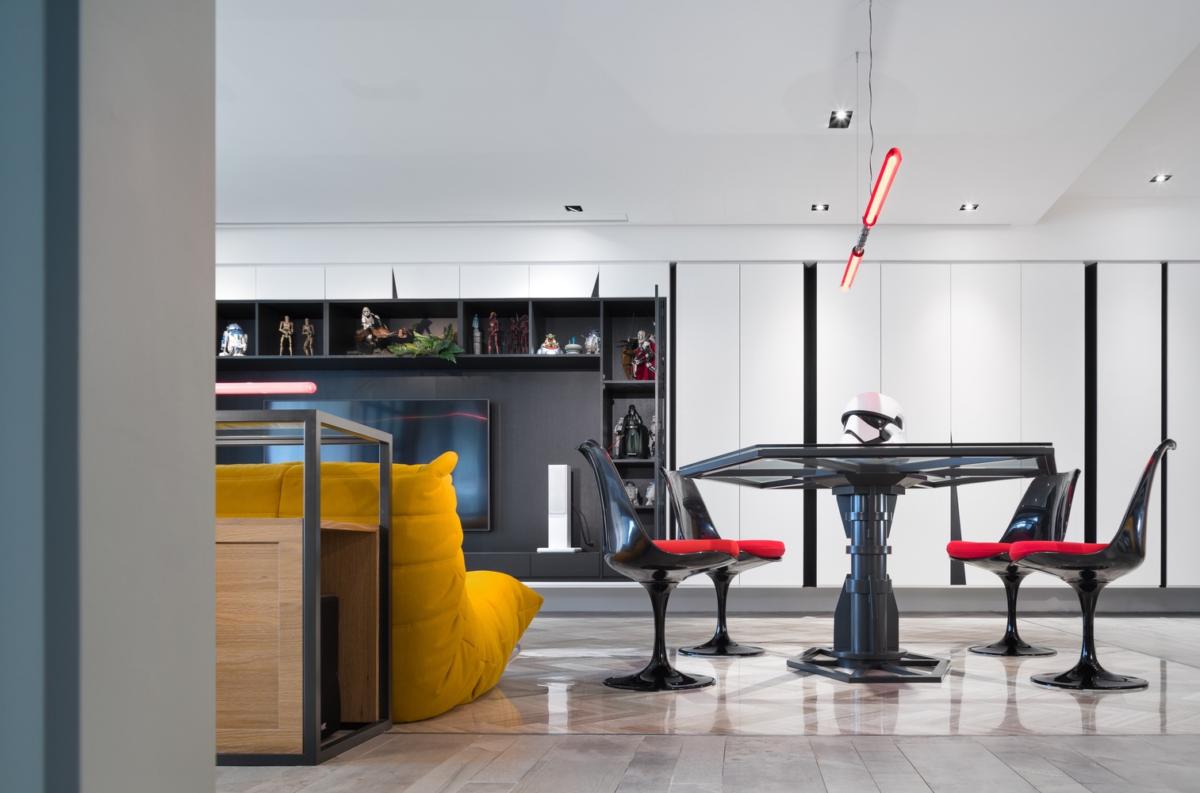 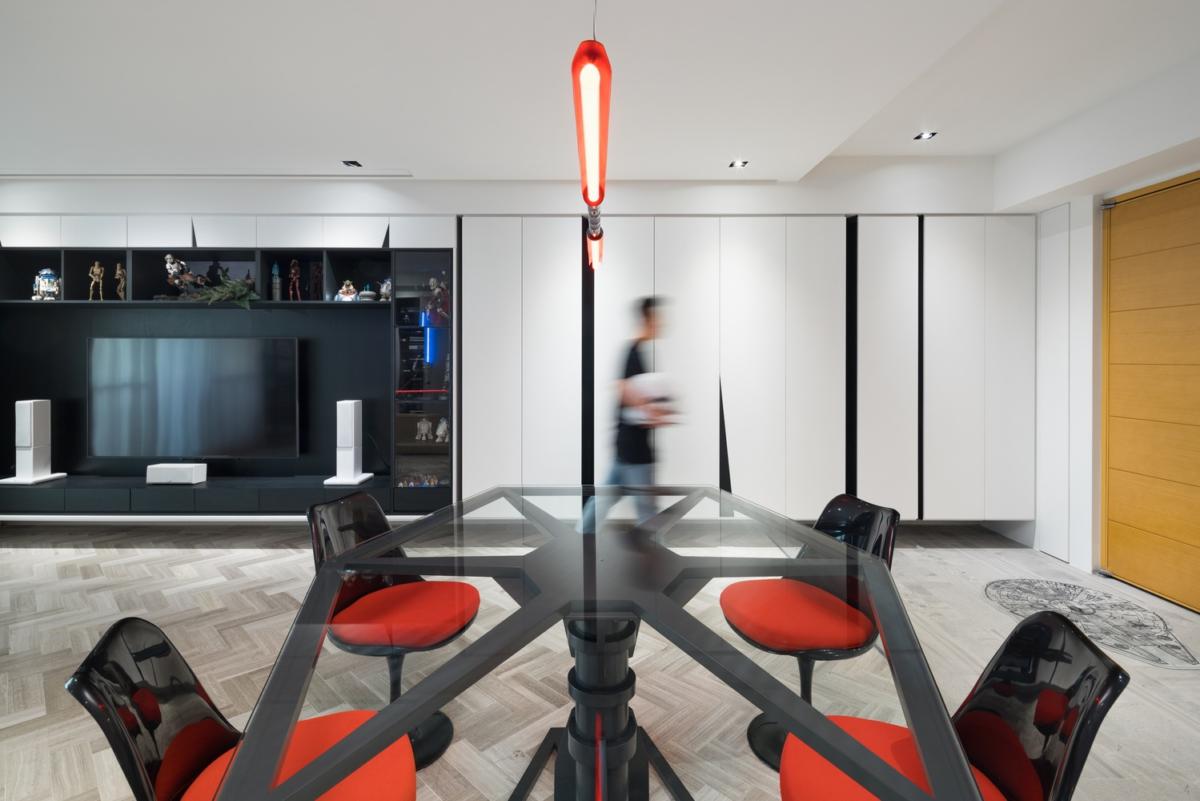